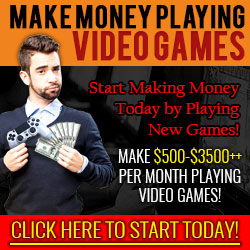 Chapter 1: The Dangers of Being a Hero 10

Archaedas, Stone Guardian of the Vault 151

This book has a huge number of monsters for use in your World of Warcraft RPG game. Within these pages, you can find creatures to challenge heroes of every stripe and level of expertise, from massive, raging core hounds to skulking kobolds, from a raven that a mage might use as a familiar to the mighty demon Lord Kazzak. They're all here in this book.

The Monster Guide is organized into the following chapters:

The Dangers oF Being a Hero

This chapter is enormous, making up the bulk of the book. It includes those "standard" monsters heroes might encounter throughout the world — and beyond. Each description contains specific information. The chapter is organized alphabetically, beginning at arachnathid and ending with zombie.

For details on reading the entries, see "Knowing Your Monsters," below.

This chapter includes 15 of the most infamous and deadly villains on Azeroth: Archaedas, Balnazzar, Baron Geddon, Baron Rivendare, Garr, General

Other Sources for Monsters

Several other books in the World of Warcraft RPG line also include monsters. If you can't find a monster here, you might try checking one of these books:

Drakkisath, Kel'Thuzad, Lady Onyxia, Lord Kazzak, Mekgineer Thermaplugg, and Nefarian. If your heroes are particularly unlucky, they may cross paths with one or more of these individuals.

I know what you're going to say: "My favorite guy isn't on that list!" Well, I'm sorry. We didn't have room in the book to include all the villains we wanted to, so I had to make some hard choices.

Some players enjoy playing monster heroes. This chapter provides the information to create unique monster characters, whether heroic or villainous. This chapter also contains several new feats that are particularly appropriate for monster characters; that involve monsters, such as Craft Construct; or that apply to one or more of the villains in Chapter 2. (This chapter also includes the magic items that those villains wield.)

Monsters possess a wide array of strange and frightening abilities, and this chapter details them all, as well as the traits and features of the various monster types. (For instance, what does it mean to be a fey?) You might think of this section as a glossary; when a monster's description includes an ability that isn't detailed in its description, you should turn to Chapter 5 to find out what that ability does.

Heroes advance in levels by gaining experience points (XP). This chapter provides guidelines and rules for handing out XP based on the power of the monsters the heroes defeat.

Appendix One: MonsteRs and Magic

Several spells deal with monsters, notably summon monster, summon nature's ally, and summon undead, as well as a few others such as create undead. In the WoW RPG book, those spells assumed that players could consult the original Manual of Monsters. ♦♦ which was printed before this book existed.

This appendix provides the information you need to use the sp ells listed above, including ne w tables for the summon spells. It also includes updated rules for the warlock's fel companion arcana and the mage's call elemental arcana, so that they function properly with the monsters presented in this book .

This second appendix includes a list of all the monsters in this book (and those from other sources, such as the Alliance Player's Guide), organized by Challenge Rating, so you know the right creatures to challenge your players. This appendix also includes monsters listed by type and subtype.

This book has a lot of monsters. So many, in fact, that they didn't all fit in the book. Log on to www.warcraftrpg. com for dozens more pages of monsters — animals and vermin.

This section contains the animals one might find wandering around Azeroth. Some are dangerous, such as bears and giant snakes; others, like sheep and lizards, are (usually) not. This section of the web extras contains the statistics for the creatures that arcanists can take as familiars and for the creatures that druids and hunters can take as companions.

Note that Chapter 1 includes some creatures that are actually animals — notably dinosaurs and dire animals — placed among the monsters because they are particularly large and dangerous, at least as much like monsters as they are animals.

A number of statistics describe the monsters in this book (and other books). Each monster description contains the following information.

The monster's name appears at the top of the description. Some monsters are known by other names as well.

The line beneath the monster's name tells you the monster's size as well as its type and subtype. For example, the imp description reads "Tiny Outsider (Demon, Evil, Extraplanar)." This means that imps are Tiny creatures, that they are of the outsider type, and that they possess the demon, evil, and extraplanar subtypes. The creature's size affects several statistics, notably attack bonus, AC, and its grapple modifier, as described in WoW RPG, Chapter 12: Combat, "Combat Statistics."

Every creature has a type, and many have one or more subtypes. See Chapter 5: Monster Types, Subtypes, and Abilities for details about these things. See the Monster Charts in Appendix 2 for a list of monsters by type and subtype (including monsters in this book and from Lands of Mystery, Alliance Player's Guide, Horde Player's Guide, and Dark Factions).

All monsters in this book have average hit points for their Hit Dice; of course, individual monsters may have more or fewer hit points, but generally their hit points are average.

A monster's type (and/or class, in some cases) determines its Hit Die size.

A monster's bonus to initiative is usually equal to its Agility modifier; some monsters improve this bonus with the Improved Initiative feat.

This entry provides the monster's base land speed, both in feet and in number of squares on a combat grid (assuming one square equals 5 feet). Some monsters have other movement modes, such as burrow, climb, fly, or swim; these speeds also appear here.

This entry includes the monster's AC, including its touch and flatfooted AC values, as well as the calculations that determine those numbers.

Was this article helpful?